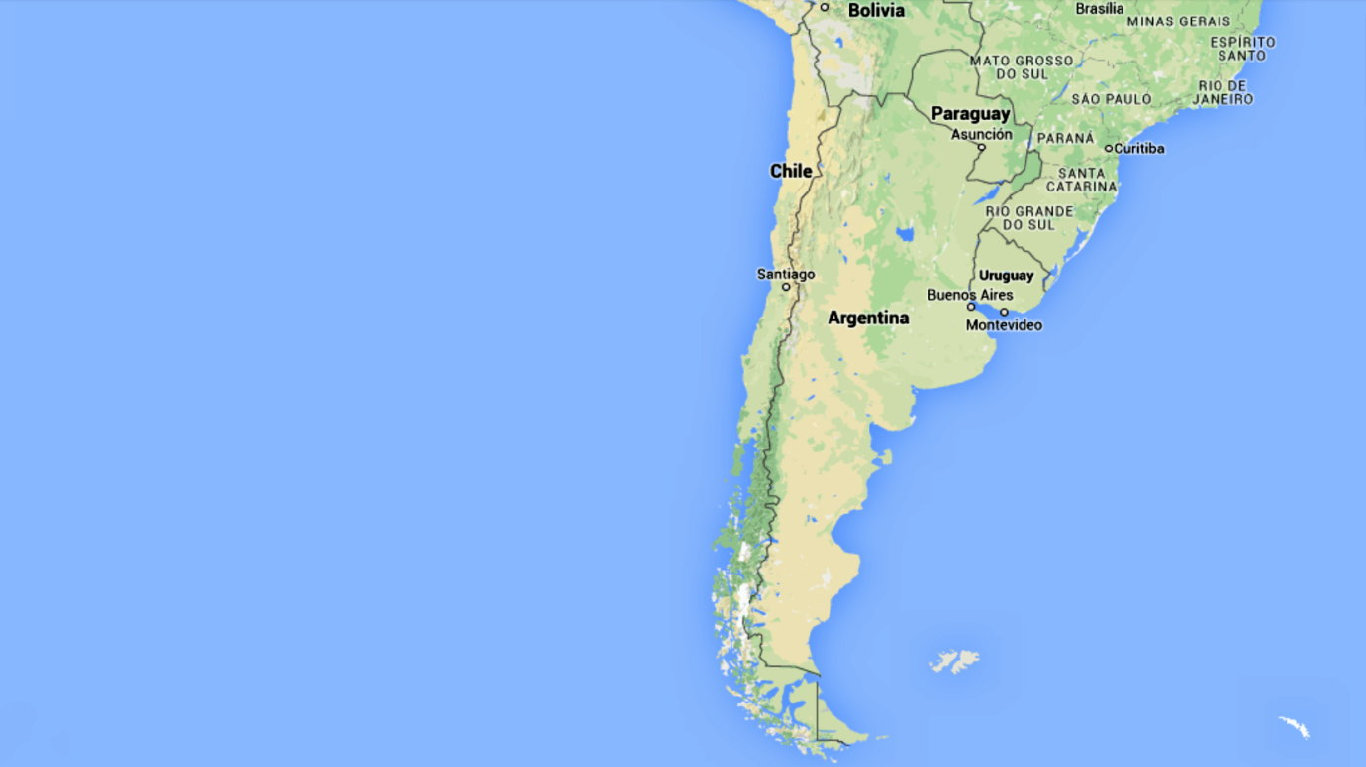 Chile's peculiar form is directly related to the Andes mountain range. The country is a whopping 4300 km long, but the maximum width is a mere 240 km.

Chile has an extremely diverse topography with snow covered active volcanoes and arid deserts in the north, fertile valleys in the central part that changes again into windswept tundra, glaciers and an isolated Cape Horn in the south.

The country sits right on the Pacific Ring of Fire that brings devastating earthquakes and volcanic eruptions.

The Monte Verde archeological site proves humans lived in south Chili as early as 18500 and maybe 30.000 BP, giving credence to the Coastal Migration model and debunking the Clovis First theory.

When the Spaniards entered the scene in the mid 1500's they defeated the Inca's in the north, but failed to do so with the stubborn Mapuche in the south.

Spain's colonial rule lasted till 1818 when Chile became independent after theBattle of Maipu.

Later that century Chile won the War of the Pacific and greatly expanded its territory at the expense of neighbors Peru and Bolivia. This brought the rich mineral and nitrate deposits of the Atacama Desert under Chilean rule, and made it one of the wealthiest countries of South America.

A stain on Chile's history is the ousting of Allende in 1973 and the ensuing brutal dictatorship of Pinochet.