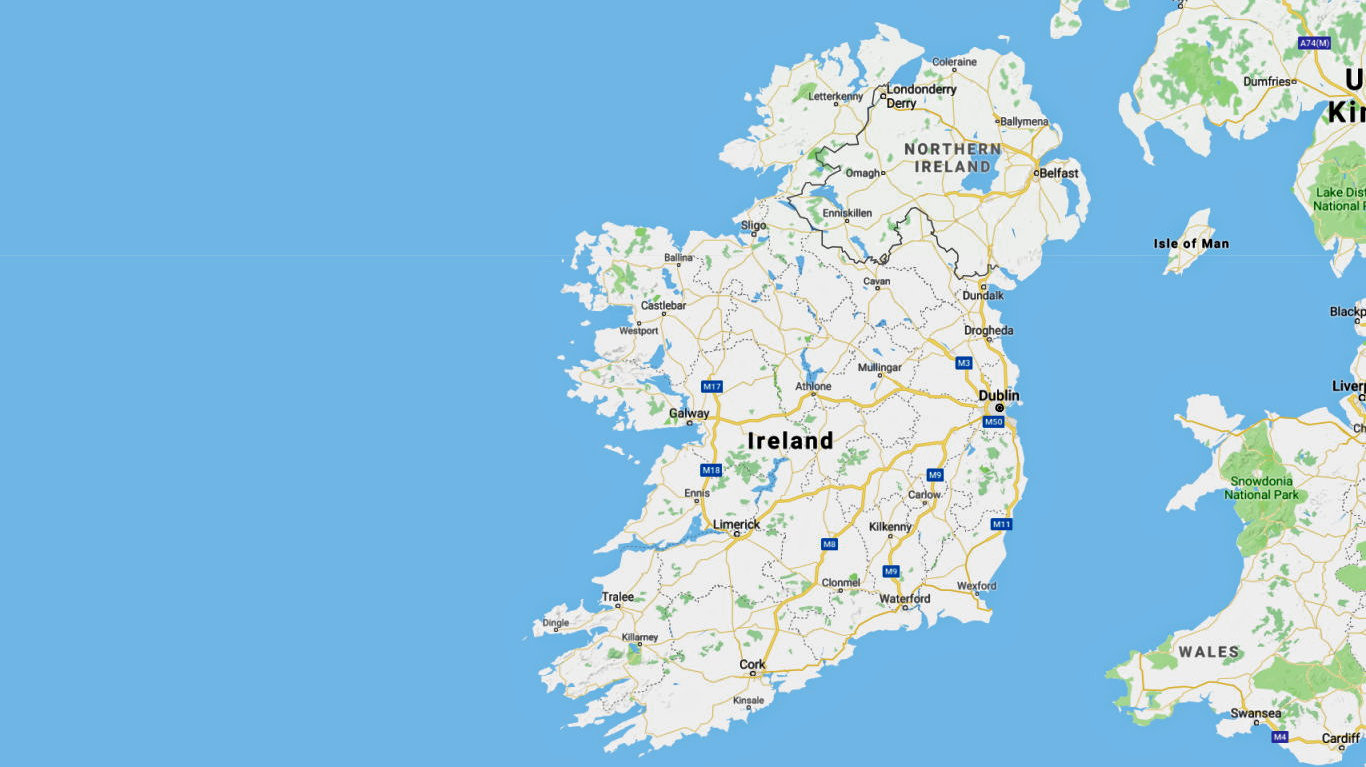 The Republic of Ireland is a democratic sovereign state that shares the island with Northern Ireland which is part of the UK.  About 30% of the Irish live in or near the capital Dublin.

The climate is moderate, with thanks to the Atlantic Ocean.

After the last Ice Age, Ireland was subsequently settled by Mesolithic hunter-gatherers, Neolithic farmers, Bronze Age farmers and Iron Age Celts.
Gaelic Ireland was well established in the first century BC. At that time the Irish were pagans. Christianization of these stubborn souls took several centuries, starting around 450 AD with Saint Patrick, a former slave from Wales.
From 795 AD onwardsVikings first raided and then settled in, founding Dublin in the process.
The Normans invaded in 1169 and established feudal aristocracies, nominally under control of the English kings.

From the 17th century onwards, the English kings took full control and imposed a stark regime of suppression on the catholic Irish. They imported scores of Protestants from Scotland to populate confiscated lands but did little to nothing to help the population during the Great Famine.

Several uprisings were harshly suppressed, including the Easter Rising of 1916, but after an ensuing war, Ireland was partitioned into a Northern Ireland and the Irish Free State in 1922. Full independence was reached in 1949 with the declaration of the Republic of Ireland. The country joined the EU in 1973 and the Euro in 2002.

Ireland recovered quickly from a deep dip after the economic crisis in 2008 and today the country is one of the more prosperous members of the EU.